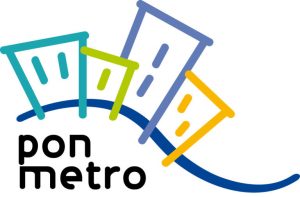 The Multi-fund National Operational Programme Metropolitan Cities 2014-2020(PON METRO) implements one part of the initiatives conceived in the framework of European Urban Agenda for cohesion policies, born with the aim of strengthening the role of the big cities and their territories.
The program, dedicated to sustainable urban development, aims to improve the quality of services and to promote social inclusion in 14 metropolitan areas (Turin, Genoa, Milan, Bologna, Venice, Florence, Rome, Bari, Naples, Reggio Calabria, Cagliari, Catania, Messina and Palermo). The interventions are proposed by the same cities within an overall strategic framework and on the basis of a series of criteria defined by the National programming Authority.

The main reason implied in the activation of a national program dedicated to the 14 metropolitan cities resides in the ability to deal jointly and in a coordinated way some of the territorial and organizational challenges which affect these local contexts.
STRATEGY AND ARCHITECTURE OF THE PROGRAM

To act in response to the territorial and organizational challenges, related to the dynamics of the development taking place in the 14 metropolitan cities, and to the solicitations towards the innovation of development policies arising from the Europe 2020 objectives, the Partnership agreement has identified a number of targets and instruments for the national urban agenda.

In this context, an important role is played by the PON METRO, which is intended to quickly affect some still unresolved issues which obstruct the development in major urban areas of the Country, interpreting two driver of planning development of the three constituent the Urban national Agenda defined by the Partnership Agreement.

BUDGET
The total budget of the program amounts to  892.9 MILLION € of which € 588.1 MLN contribution from the Structural and European Investment Funds. The program intervenes in the regions with different financial intensity, giving priority to the largest deficit and need of intervention in the less developed regions. Financial allocation for Axis

METRO PON ownership is of the Agency for Territorial Cohesion which, as the Managing Authority and the Certifying Authority, is in charge of the managing and implementing the Operational Programme.
CONTACTS: Agenzia per la Coesione Territoriale  Agency for Territorial Cohesion –Dirigente Ufficio 4 di STAFF – Autorità di gestione dei programmi operativi nazionali relativi alle Città Metropolitane Via Sicilia 162/d – 00187 ROMA   adgponmetro14-20@agenziacoesione.gov.it